a history of the University name changes.

The University was established under the auspices of the federal Morrill Act of 1862, which allowed the U.S. government to donate federally owned land to the states for the purpose of establishing colleges that would teach “agriculture and the mechanic arts.”

NC State University was founded on March 7, 1887. Under considerable pressure and not without controversy, the General Assembly passed the act which authorized the establishment of the North Carolina College of Agriculture and Mechanic Arts.

The brand-new school held its first classes in the fall of 1889 with 72 students, six faculty members and one building. 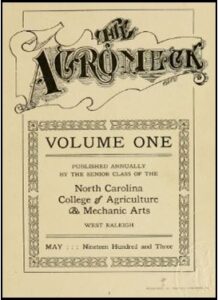 Cover page of the first yearbook titled The Agromeck, published in 1903

In 1917 the institution’s name was changed to North Carolina State College of Agriculture and Engineering. The substitution of the word “engineering” for “mechanic arts” was intended to reflect the increasing emphasis on the professional and theoretical aspects of technical education.

By 1930, our Popular Nickname: State College

Choosing a nickname for the college stirred up a lot of bad blood. Students and alumni favored the nickname “State College,” putting them at odds with administration and the Farmers’ Union in North Carolina who wanted the nickname “A&E.”

It was important to the Farmers’ Union to keep “agriculture” in the nickname. They felt that State College was not as comprehensive as A&E.

In March 1917 there was a unanimous vote by the student body supporting State or State College as the nickname for the University. The nickname of State College would follow a trend occurring around the country, where land-grant colleges were referred to as State colleges. As such, the nickname would be enough to let people know it was an agriculture and engineering school. 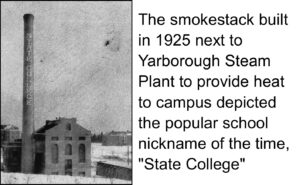 During the early 1960s, State College sought to change its name to signify its new role as a comprehensive university. In 1962 Consolidated University administrators proposed the name “University of North Carolina at Raleigh,” outraging almost everyone associated with NC State and prompting protests. 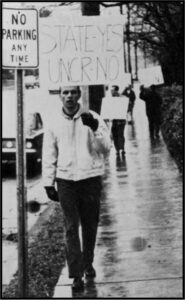 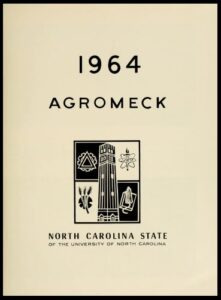 After more political wrangling, the name was finalized as North Carolina State University at Raleigh in 1965. We drop the “at Raleigh” for convention and proudly refer to our University as NC State! 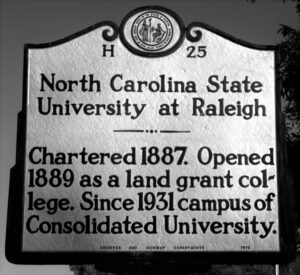